These Five Top Trends Will Go On To Define The Decade

U.K. Parliament Gives A Full-Fledged Finger To The British People

Central Banks & The Federal Reserve Are Working Against The Trump Economy

Obama Is Right To Criticize Cancel Culture, But The Left Isn’t Listening

In her congressional goodbye, Katie Hill worried about letting down young girls. Now that’s a change

A disturbing report out of the UK claims police and social workers allowed a large Muslim “grooming” (rape) gang to operate in Manchester, England.

“At least 57 young girls are thought to have been exploited by a paedophile network based in south Manchester. They were hooked on drugs, groomed, raped and emotionally broken – one youngster, aged fifteen, died,” the Manchester Evening News reports.

– Social workers knew that one 15-year-old girl, Victoria Agoglia, was being forcibly injected with heroin, but failed to act. She died two months later.

– Abusers were allowed to freely pick up and have sex with Victoria and other children from city care homes, ‘in plain sight’ of officials.

– Greater Manchester Police dropped an operation that identified up to 97 potential suspects and at least 57 potential victims. Eight of the men went on to later assault or rape girls.

– As recently as August 2018, the Chief Constable refused to reopen the dropped operation.

Agoglia allegedly told social workers multiple times that she was being drugged and raped, but they failed to take action.

Following her death, Operation Augusta was launched and nearly 100 Muslim men were said to be involved in abusing young girls, but hardly any charges were filed.

In fact, eight of the men accused of being involved were eventually convicted of separate high-level sexual crimes.

The mayor’s report concluded, “Most of the children we have considered were failed by police and children’s services. The authorities knew that many were being subjected to the most profound abuse and exploitation but did not protect them from the perpetrators.”

In the following video, the Greater Manchester Police issue an “Apology to all those vulnerable children who were let down.”

To learn more details about this story, CLICK HERE.

Also, get the best bang for your buck in whole body health & wellness support with our Ultimate Fish Oil now at 35% off! 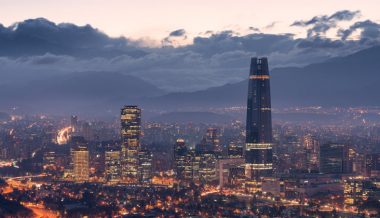 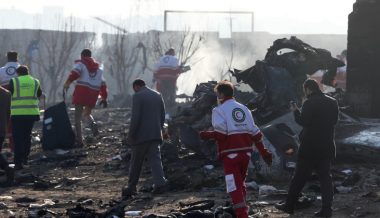 Equifax to world+dog: If we give you this $700m, can you pleeeeease stop suing us about that mega-hack thing?

‘Coup Has Started’: Whistleblower’s Attorney Vowed To ‘Get Rid Of Trump’ In 2017

JPMorgan: Maybe We Were Wrong About The Main Reason To Be Bullish In 2020