Your Hill Horoscope: brought to you by the letter ‘H’ (Street)

Are children being used to gain false entry into the US?

Florida Dem Accuses Israel of Bulldozing Palestinians in Their Homes

For Jim Hagedorn, being staffer in the minority was formative time

News of the new sanctions come after North Korean head of state Kim Jong-un warned that Pyongyang will no longer be bound by a preemptive ICBM test moratorium, as denuclearization talks between the US and North Korea seem to have stalled.

The US Department of the Treasury’s Office of Foreign Assets Control has introduced sanctions against two companies for exploiting North Korean overseas labor, Korea Namgang Trading Corp and Beijing Sukbakso, on 14 January.

A statement issued by the Treasury claims that the Korea Namgang Trading Corp has been involved in exportation of workers from North Korea to generate revenue for the country’s government, while Beijing Sukbakso allegedly ran a China-based lodging facility to facilitate labor export.

Alex Jones calls out President Trump for not protecting his vocal support base, effectively helping Dems gain ground in the 2020 election.

Under a resolution unanimously approved by the UN in 2017, countries had until December 22, 2019 to send back all workers from North Korea.

News of this development come as North Korean head of state Kim Jong-un accused the Trump administration of deliberately wasting time, vowing that the prolongation of a stalemate in denuclearization talks will not be beneficial for the US.

Kim also declared that Pyongyang will no longer be bound by a preemptive ICBM test moratorium as long as Washington continues military drills on and around the Korean peninsula.

Since 2018, the United States and North Korea held bilateral talks in a bid to normalize relations between the two countries and to possibly achieve the denuclearization of the Korean peninsula.

Tom Pappert joins The Alex Jones Show to break down the Deep State plan to trigger a civil war in Virginia, and bring in U.N. troops.

Also, get the best bang for your buck in whole body health & wellness support with our Ultimate Fish Oil now at 35% off! 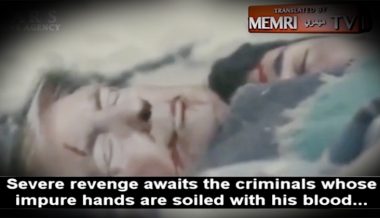 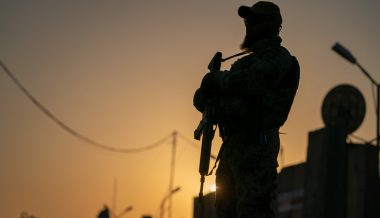 “The Market Is On Thin Ice”: Have Stocks Sucessfully Averted A Crisis?

Hong Kong Considers Cutting Off Internet As Protests Rage On

JPMorgan: Maybe We Were Wrong About The Main Reason To Be Bullish In 2020