Elijah Cummings to lie in state in US Capitol building

Donald Trump Jr.’s attorneys and even his father urged him to tone down his Twitter activity during the heat of the special counsel’s investigation — advice he rejected, the president’s son wrote in an upcoming book.

“Even my lawyers approached me and said, ‘Don, you might want to slow down on social media, maybe not be so aggressive.’ I politely declined,” Trump Jr. wrote in “Triggered: How the Left Thrives on Hate and Wants to Silence Us,” according to The New York Times.

President Donald Trump followed up with similar advice, according to Trump Jr., 41.

“Shortly after that, my father — yes, my father, Donald J. Trump, our tweeter-in-chief, the so-called Shakespeare of 140 characters — told me that I might be getting ‘a little too hot’ on my social media accounts,” he wrote in the book out on Nov. 5.

“I respect the heck out of my dad, and when he gives me advice I take it ninety-nine point nine percent of the time,” he added. “This, however, was probably the one time I decided not to listen!”

Both Trumps routinely criticized the special counsel’s team, Democrats and the media, which helped push the now-debunked narrative that the Trump campaign conspired with Russia to influence the 2016 election.

Michael Savage breaks down how the attacks against Trump are based on racism, as Obama was never held accountable for higher crimes than anything Trump has been accused of.

Pundits and legal observers speculated throughout the 22-month investigation that Trump Jr. would be indicted in the probe, likely over a June 9, 2016 meeting he had with a group of Russians at Trump Tower. Former CIA Director John Brennan infamously predicted that former special counsel Robert Mueller would indict Trump family members as one of his final acts in the investigation.

The investigation came and went without charges against the real estate executive or any other Trump family members.

Trump Jr. is heavily critical in the book of Mueller, especially over his shaky performance during congressional testimony on July 24, according to The Times.

He said that he would have felt badly for the former FBI director, “[i]f it weren’t for the fact that I was probably number two on the guy’s kill list for years.”

Trump Jr. panned Democrats for calling Mueller to testify “so he could stutter and babble his way through five hours of testimony.” 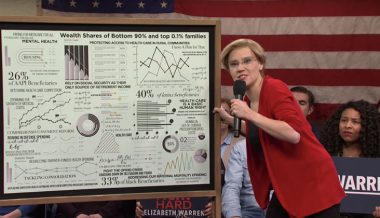 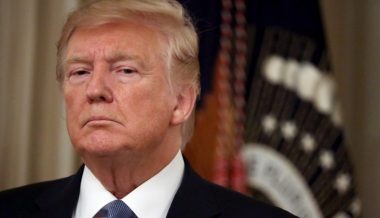 Previous Bernie Sanders Claims His Ideas Are ‘Not Far Left’

Next Video shows repeat sex offender leaving hospital after visiting his newborn baby, then walking 7 miles for sex with a teen … right into a sting.

No, Men Don’t Need To Be More Like Women

“Putin Is A Dickhead”: Over 600 Arrested In Moscow Election Protests

Robert Mueller: James Comey and I Possess been Visitors

The Big Loser In Last Night’s Debate Was Barack Obama