Jay Powell At J-Hole: What To Expect From The Policymaker Pow-Wow

Former Texas congressman Beto O’Rourke will no longer be seeking the Democrat nomination for US President.

On Friday, the Beto campaign issued a statement posted to Medium.com,

Our campaign has been about seeing clearly, speaking honestly and acting decisively in the best interests of America.

Beto is out. I’m shocked I really thought he had a chance. 🙄

I guess he isn’t coming for my ARs any more??? https://t.co/dGxhIDv0Ab

Beto’s resignation has been expected for some time, as he consistently polled at close to zero percent when up against party frontrunners like Elizabeth Warren, Bernie Sanders and Joe Biden.

A series of political missteps also caused his campaign’s momentum to stall, including his remarks in support of late-term abortion and especially his remarks against gun rights and the Second Amendment.

During one debate in September, Beto made it clear if elected president he would look to seize AR-15s and AK-47s from law-abiding Americans.

“Hell, yes, we’re going to take your AR-15, your AK-47,” Beto said. “We’re not going to allow it to be used against your fellow Americans anymore.”

Beto: “Hell, yes, we’re going to take your AR-15, your AK-47. We’re not going to allow it to be used against your fellow Americans anymore.” pic.twitter.com/LkAdc8eYNE

In the following weeks, he ramped up the rhetoric, detailing to MSNBC how his confiscation agenda would include law enforcement paying visits to defiant gun owners.

Just this week, Beto was confronted at a town hall event in Newtown, Conn., by a resident who accused him of “hi-jacking” the Sandy Hook community to use as a backdrop for “getting guns out of good people’s hands.”

Nothing stops this fearless protester who interrupts Beto O’Rourke ..
“Bring it on Beto …We’re not taking your bullsh** anymore” Democrats have failed..Shame on you Beto!pic.twitter.com/wfZCeDGYIJ

Will Kamala Harris be next?

By the way, our Everything Must Go Emergency Sale is now live! Get 50% off DNA Force Plus at the Infowars Store now! 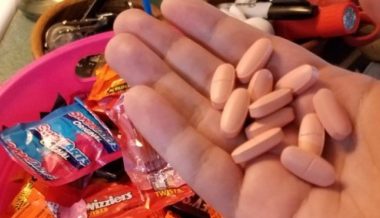 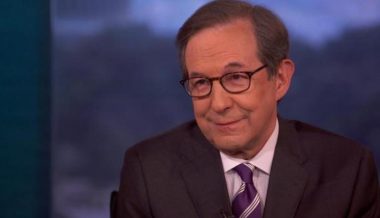 Next The Clinton Body Count

Only Women Can Have Periods

Are Grisly Warning Labels Coming To US Cigarettes?

Democrats use Trump foreign dirt comment to press for impeachment